Leggo my Lego® – The Sailors

"The Sailors". In Lego®. Courtesy of Duran. 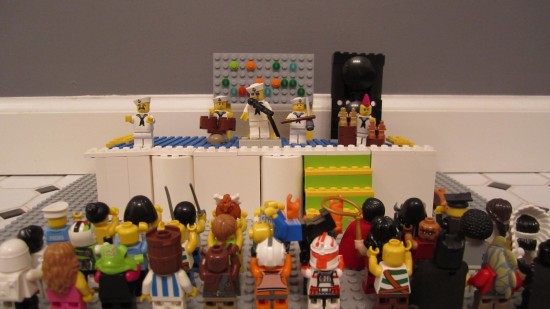 When I asked him for a description, here is what he said:

There once was a man who drove a sailboat and his boat started sinking when he hit a rock. Then, he was underwater and found a sailor’s hat, along with a guitar.

He thought to himself “What does this mean?” He thought about it, and finally knew what it meant – that he should create a band called ‘The Sailors’.

Then one day, he found 4 other people that were also sailors. They wanted to be in a band too.

So they went all over the world playing their music.

One day, someone saw in the paper that ‘The Sailors’ is the band that’s been around the world the most times and is now called the best band on Earth!